Top 10 Places to visit in Jaffna

Jaffna is situated on the northern tip of Sri Lanka and has a predominantly Tamil population and considered as a cultural capital of Tamils in Sri Lanka. The locals of Jaffna are indeed wonderful and friendly people and making a trip to this beautiful part of Sri Lanka should be a priority on anyone’s travel plan. Now the peace seems to be back. But the city will need a lot of time and money to regain its glory.

Below are Top 10 must visit places in Jaffna,
1) Jaffna Library 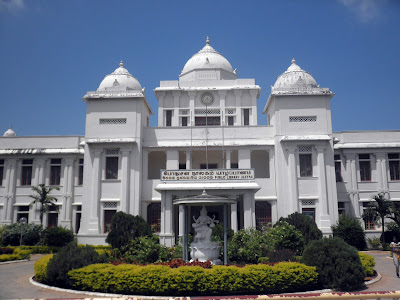 The Jaffna library was one of the best in Asia before being burned down by some Sinhala extremists. Now most of it is restored and it is open for public viewing. It is one of the monumental buildings in Jaffna and very close to the town.
2) Jaffna Fort 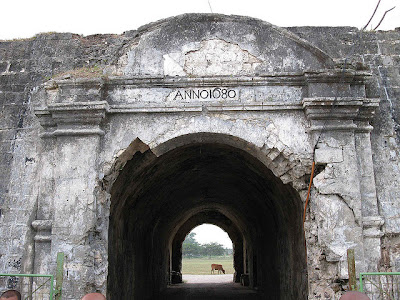 Situated on the south side of the Jaffna peninsula at the water’s edge of the lagoon, the ancient fort in Jaffna is the second largest existing fort in the Island. Originally built by the Portuguese in 1619 and re-built and expanded by the Dutch during the second half of the 17th and the 18th centuries to facilitate trading activities of Sri Lanka’s northern region indicate not only of Jaffna’s strategic importance to Europeans but its significance throughout Sri Lanka’s history.
3) Nallur Temple 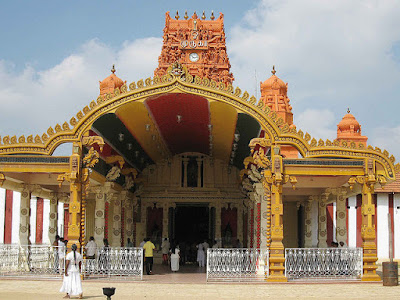 Nallur Kandasamy Kovil is Jaffna's premier place of Hindu worship. Nallur Kandasamy Kovil characterised by a golden arch and elaborate gopuram attracts hundreds of pilgrims and worshippers. The present building of the kovil goes back to the eighteenth century. The original temple said to go back to the times of the Tamil kings was destroyed by the Portuguese in 1620 and stood on the site presently occupied by St. James Church about a quarter mile from the present temple. This temple is a place of the most important religious festival on Jaffna's Peninsula. It last 26 days and finish on the first day of August's full moon. Don't forget to try out ice creams from the famous ice cream shop (Lingam Cool bar) nearby when you visit there. The Nallur kovil is about 1Km from the Jaffna town.
4) Sangilean Thoopu 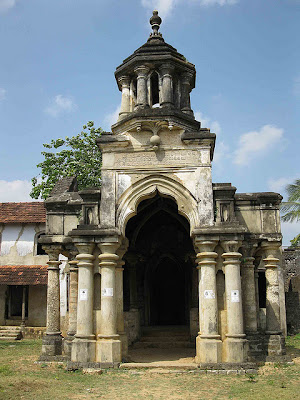 During the existence of Nallur Rajadhani, last king of the kingdom of the people in the northern part of the country was Sankiliyan.But with the arrival of the Portuguese rule in Sri Lanka the fall of the kingdom was inevitable. This arch is found in the land where the earlier Tamil King Sangiliyan's Palace stood. Now there is an entrance-arch, but this is said to be part of a later Dutch building. The Sangilean Thoopu is about 2.7 Km from Jaffna bus stand.
5) Nainatheevu
There are boat services available and the boat ride is an enjoyable way to visit the island. The Island is a bit far from Jaffna and it will take around 2-3 hours to get there, depending on the availability of the boats.
Naga Pooshani Ambal Kovil 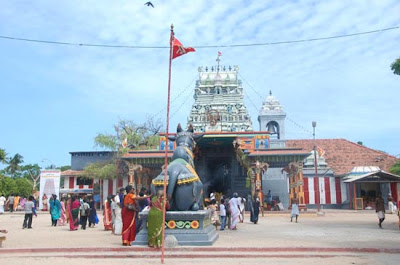 Original temple was built by a rich foreign trader who received blessing from Goddess Ambal Devi when passing by in the sea, was demolished in the sixteen century by Portuguese. However Ambal statue was hidden by locals and temple was rebuilt in 18 century. The actual gopuram was added in 1933.Many parents bring their new-born babies to this temple seeking the blessing of Goddess Meenkashi (wife of Shiva) to whom this temple is now dedicated. 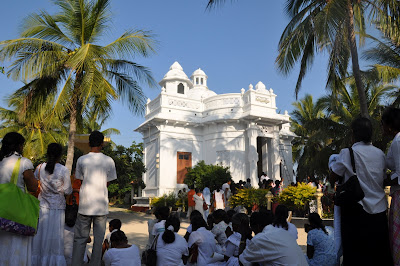 This Temple is one of the three places in Sri Lanka where Lord Buddha has visited so Nagadeepa viharaya is an important destination for Buddhist pilgrims. Purana Vihara were constructed by the two warring Naga kings, Mahodara and his nephew Chulodara, at the site where Lord Buddha during his second visit to Lanka - five years after attaining Enlightenment - intervened and mediated in settling a dispute over the possession of a gem-studded throne; This precious throne which was offered to the Buddha, was returned by him to the Naga Kings and was later enshrined in stupa located next to the temple.
6) Kandarodei / Kadurugoda Temple 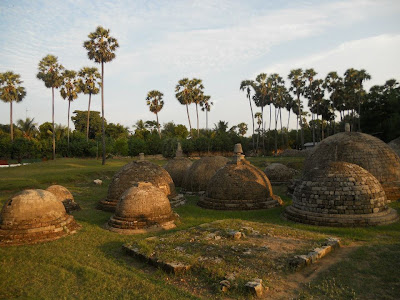 There is an ancient Buddhist historical place called 'Kandarodei' situated in the midst of Palmyra trees near to Chunnakam and it is 8 Km away from Jaffna Town. There are small dagobas numbering 61 scattered over about 1/2 acre land. Those small structures are constructed with ash-coloured stone. Some dagobas have only the foundation. A Buddha statue, Bodhisaththva statue, a stone scripture and some coins believed to be in the 1st and 2nd centuries were found in this area. They are preserved at Jaffna museum.
7) Casuarina beach 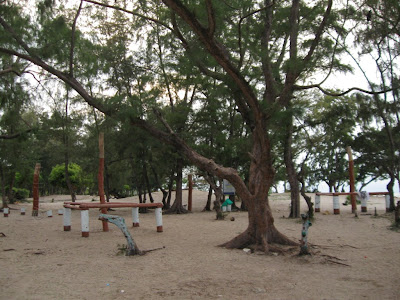 One of the best beaches in the Jaffna peninsula, the shallow waters and the very gentle waves making it an ideal for safe sea bathing. You can a long way toward the sea in the clear blue water and a great place to visit to have a break during your travels. There are houses for rent if you want stay in this area, and it is around 15 Km away from Jaffna Town.
8) Charty Beach 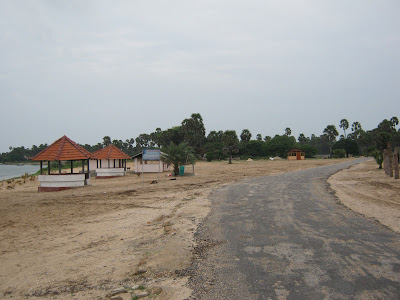 This clean prestige beach is situated in Allaippiddy, which is located some 23 Km North of Jaffna Town.
9) Keerimalai/Naguleeswaram Temple 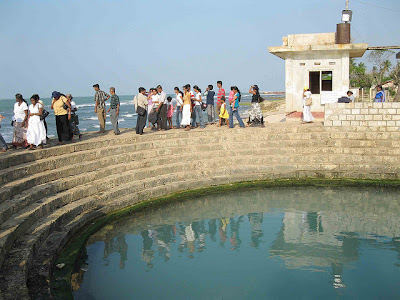 Keerimalai is renowned for its natural water spring where illnesses and sicknesses are cured miraculously after bathing in it. Only a stone wall separate the pool from the sea but the water is fresh water coming from a spring. There is a Hindu Temple called Naguleeswaram Temple is situated near to the Keerimali pond and is very popular among Hindu’s. The nearest place is Kankeesanthurai and situated northern tip of the Jaffna peninsula around 15 Km away from Jaffna Town. 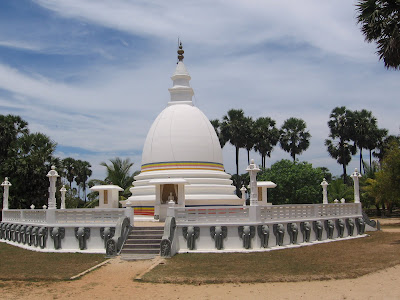 An ancient port in Sri Lanka, this is where Sangamiththa theraniya landed while bringing the Bo saplings used at Sri Maha Bodiya. There is a temple and a statue of Sangamiththa theraniya.The Tamil name of this place called Mathagal and situated around 20 Km from Jaffna Town.
Posted by Muhunthan at 23:43